“I thoroughly enjoyed the variety of professional quality presentations from around the world. I found each to be so interesting and I learned many things which I will use in my professional practice. I also found the fact that I could view the presentations at any time day or night very convenient.  I liked the fact that I had no traveling to do – perfect! I would recommend iLactation as an excellent learning resource.” - Toni Bracher, RN, IBCLC – Australia

This presentation outlines some of the science and history supporting the milk hypothesis as an explanation for the global emergence of immune disorder and the so-called NCDs, the non-communicable diseases. It will argue that compounding intergenerational impacts of changes in infant feeding have in fact created vertically communicated disease, by altering microbiomes and affecting genetic expression, in ways proven to be transmissible between the generations, and not only from mothers to children. Milk samples the total environment and facilitates infant adaptation to it, providing a complex mixture of bioactive components and balanced nutrients that have never been, and cannot be, replicated industrially. It will summarise some of the key ways in which artificial feeding has been shown to alter normal human development, and suggest reasons why this critically important research has not been better conducted, understood, or acted upon. It will outline some of the structural changes – to the care of women and infants, and wider social policies – needed to halt and perhaps reverse the damage already created in genomes and microbiomes by a century of global artificial feeding. It will provide participants with a clearer understanding of the critical importance to human health – present and future – of the World Health Organisation (WHO) recommendation that all infants, in every country, ideally will be solely breastfed to around six months, and continue to be breastfed into the second year and beyond. 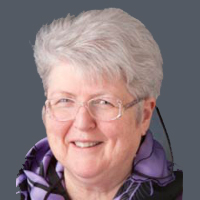 Medical historian and health educator Maureen Minchin has been involved in global efforts to promote evidence-based infant feeding for decades, and is internationally recognised for her pivotal role in creating the lactation consultant profession. She has been a consultant to international bodies such as the World Health Organization (WHO) and the United Nations Children’s Fund (UNICEF). She has educated health professionals, including through creating university-based courses in the UK and Australia. And she is an Editorial Board member for the open-access online International Breastfeeding Journal.

Maureen is the author of Food For Thought: A Parent’s Guide to Food Intolerance and Breastfeeding Matters: what we need to know about infant feeding, as well as journal articles and background briefing papers for the WHO and USAID. Having three children in the 1970s, she experienced hospital practices that made breastfeeding difficult and allergy inevitable, with life-changing consequences for her children. She has since spent a lifetime providing advice and support to allergic families, while also working to improve health professionals’ education and training. Her latest book, Milk Matters: infant feeding and immune disorder has just been published in 2015 and can be ordered directly from the author here.

What people are saying about Maureen’s book, Milk Matters: 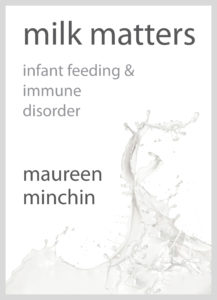 Professor Mary Renfrew FRSE, Director, Mother and Infant Research Unit; Deputy Dean: Research, University of Dundee; Director, Scottish Improvement Science Collaborating Centre
It’s a work of huge vision, based in extensive knowledge and understanding, yet it is easy to read and understand without specialist technical knowledge… A book to change the world, and people’s understanding of it.

James Akré, WHO Nutrition (1980-2004)
This is an important book, as relevant to gastroenterologists and genomic researchers as it is to unhappy parents of distressed babies.

Professor Roger V Short AM ScD FAA FRS
I have read this book from cover to cover. It is truly amazing. I learned something on virtually every page! In a sentence, I think this book will ultimately bring about the demise of the infant formula industry.

We use cookies on our website to give you the most relevant experience by remembering your preferences and repeat visits. By clicking “Accept All”, you consent to the use of ALL the cookies. However, you may visit "Cookie Settings" to provide a controlled consent.
Cookie SettingsAccept All
Manage consent

This website uses cookies to improve your experience while you navigate through the website. Out of these, the cookies that are categorized as necessary are stored on your browser as they are essential for the working of basic functionalities of the website. We also use third-party cookies that help us analyze and understand how you use this website. These cookies will be stored in your browser only with your consent. You also have the option to opt-out of these cookies. But opting out of some of these cookies may affect your browsing experience.
Necessary Always Enabled
Necessary cookies are absolutely essential for the website to function properly. These cookies ensure basic functionalities and security features of the website, anonymously.
Functional
Functional cookies help to perform certain functionalities like sharing the content of the website on social media platforms, collect feedbacks, and other third-party features.
Performance
Performance cookies are used to understand and analyze the key performance indexes of the website which helps in delivering a better user experience for the visitors.
Analytics
Analytical cookies are used to understand how visitors interact with the website. These cookies help provide information on metrics the number of visitors, bounce rate, traffic source, etc.
Advertisement
Advertisement cookies are used to provide visitors with relevant ads and marketing campaigns. These cookies track visitors across websites and collect information to provide customized ads.
Others
Other uncategorized cookies are those that are being analyzed and have not been classified into a category as yet.
SAVE & ACCEPT

Login to view your conferences